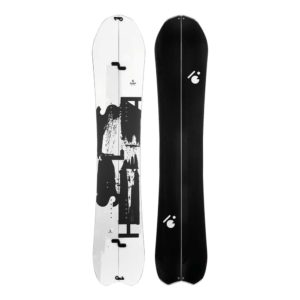 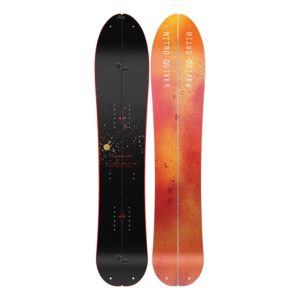 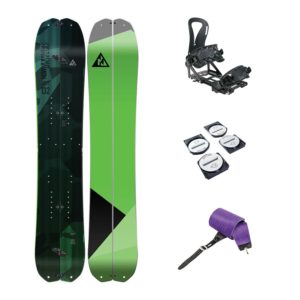 Up as two, down as one

The Slash Vertical Splitboard 22/23 has two tip-to-tail Landing Strips of carbon fibre and Kevlar additives for power and stability whether the board is split or solid. Its ice-slicing Traction Bump and S-Line touring edges down the middle of the board provide shear force when put together and add bite to all four edges, even on sketchy traverses. Built using locally grown supplies of poplar wood and beech Hardwood stringers makes it lightweight and powerful too.

FLOAT CAMBER
The Float Camber design places rocker in the nose and a slight amount in the tail with positive camber in between. This setback design delivers camber stability and control between the feet and in the tail, with the added float and maneuverability of the rockered nose.

LANDING STRIP
Strips of Kevlar and carbon fiber placed from the inserts to the tips in the nose and tail to support landings and reduce washouts. This design also helps dampen high-speed chatter, offer stability at speed and load up potent ollies.

S-LiNE SPLIT
S-Line split edges down the middle of the board are dual purpose; providing shear force when put together and added bite to the outside edge when in hike mode on icy skin tracks. Quite like our Traction Bump.